In Consul, federation is the act of joining two or more Consul datacenters. When datacenters are joined, Consul servers in each datacenter can communicate with one another. This enables the following features:

With traditional WAN federation, all Consul servers must be exposed on the wide area network. In the Kubernetes context this is often difficult to set up. It would require that each Consul server pod is running on a Kubernetes node with an IP address that is routable from all other Kubernetes clusters. Often Kubernetes clusters are deployed into private subnets that other clusters cannot route to without additional network devices and configuration.

The Kubernetes solution to the problem of exposing pods is load balancer services but these can't be used with traditional WAN federation because it requires proxying both UDP and TCP and Kubernetes load balancers only proxy TCP. In addition, each Consul server would need its own load balancer because each server needs a unique address. This would increase cost and complexity. 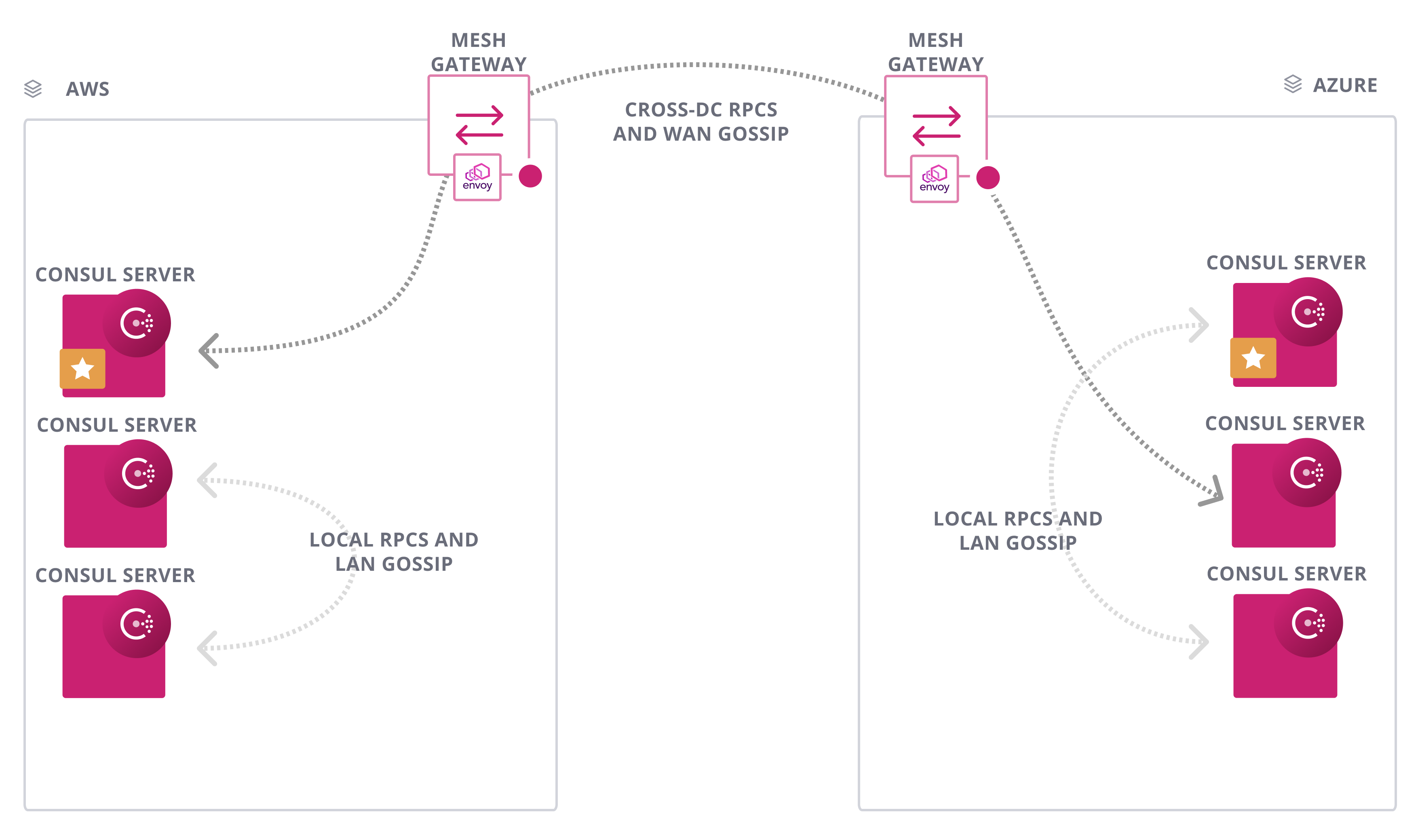 Clusters/datacenters can be federated even if they have overlapping pod IP spaces or if they're on different cloud providers or platforms. Kubernetes clusters can even be federated with Consul datacenters running on virtual machines (and vice versa). Because the communication between clusters is end-to-end encrypted, mesh gateways can even be exposed on the public internet.

There are three networking requirements:

Edit this page on GitHub